The four Atkinson brothers (William, Robert, Thomas and Joseph) and their sisters Bridget and Susanna, some with their families, travelled to South Australia on board Singapore from London. They arrived at Holdfast Bay on 12 November 1839, Robert was then aged 19 years.

The Atkinson brothers built the first hotel (“Lincolnshire House” later The Bush Inn) on lots 6 and 7 in the township of Willunga in Dec 1839. In 1843 Robert was issued with a depasturing license and in 1844/45 with an occupation license. In about 1844/45 Robert Atkinson appears to have returned to England as on 19 June 1846 Mr. Robert Atkinson with his new wife Mary Ann (nee Aldham) arrived in Port Adelaide on board the barque Hooghly, Captain Henry, from London.

Robert Atkinson was listed in the Land Returns for 1843 as having 71 cattle, 3 horses and 21 pigs. He was a regular competitor in both the annual Willunga and Yankalilla Ploughing Matches. Robert was also active in public life including being the Secretary of the Willunga Farmers and Stockholders’ Club in 1844-45 and elected as an auditor for the Willunga District Council elections in 1860.

Robert, then aged just 41 years, died on 8 June 1862. He was buried in St. Stephen’s Anglican Cemetery and his slate gravestone was carved by George Sara. 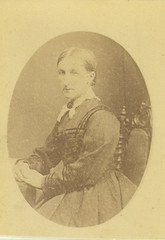 Do you remember Atkinson, Robert ? Then Join up and add your memory here.

This page was last modified on 20 November 2021, at 16:51.Text on this site is available under the Creative Commons Attributions/Share Alike licence; additional terms may also apply. See our Terms of Use.
About Now and Then | Places | People | Events | Organisations | Things | Contact us