In 1868 Philippa took her daughter-in-law Mary Anne (formerly Dawe), who was Sampson Bastian junior’s second wife, to court for beating her with a stick and otherwise ill-treating her.

Philippa Bastian died at the age of 75 years on 22 June 1872 at Willunga and she is buried in the Willunga Uniting Church cemetery. She has a chest tomb with a slate tombstone on the side carved by George Sara. 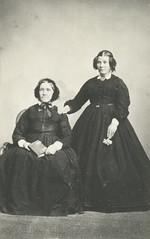 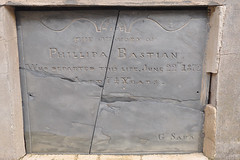 Do you remember Bastian (nèe Holman), Philippa ? Then Join up and add your memory here.

This page was last modified on 28 May 2020, at 14:42.Text on this site is available under the Creative Commons Attributions/Share Alike licence; additional terms may also apply. See our Terms of Use.
About Now and Then | Places | People | Events | Organisations | Things | Contact us