William Joseph Bott was born on 1 June 1803 , the oldest of six children born to Thomas Bott (1772-1851) and Mary (nee Marriott) (1778-1856) in Brigstock, England. As a young man William worked as a shoe-maker first at Great Doddington and then by 1851 at Brigstock. He married Mary Ann Carter and they had seven children, only four of whom survived. Unfortunately, Mary Ann died in 1852, leaving William to support four children aged from about 9 to 17 years.

Meanwhile William’s three younger brothers migrated to South Australia – John in 1846, Samuel in 1847 and Thomas Junior in 1855. They all settled with their families at Hay Valley on Woodside Road, near Nairne.

This no doubt influenced William’s decision to also emigrate. He arrived in Adelaide on 25th May 1855 on the ship ‘Punjab’, accompanied by his four surviving children:

In 1856, soon after arriving, William Bott bought land near his brothers' properties at Nairne. Also on 12 May 1856 William married Mary Patrick (nee Redhead), a widow with a child, Eliza. Mary had arrived in SA in June 1855 with her husband William Patrick who died a few months after they arrived. She, too, came from the Brigstock area, so it is possible that she and William Bott knew each other before they all sailed for SA.

Following their marriage, William and Mary Bott and children moved to Willunga where they set up a boot-making business in their home at 17 Aldinga Road. William was joined in the business by his son Thomas (then in his early twenties) and also by a young local lad William Illman who was later to marry William Bott’s daughter Lucy.

William and his second wife Mary had two sons:

1) Daniel Reddin Bott born at Willunga in 1857, who became a boot-maker with the Federal Boot Company in Adelaide, then in Perth. He married Bertha Bridges and had 14 children, nine of whom survived.

2) Samuel Solon Bott born at Willunga in 1861- he married and moved to Ohio in the USA.

In March 1864, William and Mary Bott decided to move further down the road and bought the property at 43 Aldinga Road in Willunga which became their family home for the next sixteen years. Meanwhile, the shop and cottage at 17 Aldinga Road became home to their daughter Lucy and her husband William Illman after they married on 8th September 1864. They possibly leased the place until five years later, when, in September 1869, William Illman bought the shop and cottage from his father-in-law.

Apart from his two properties in Willunga, William Bott bought a boot shop in Magill in 1873 and also purchased two farms, one at Nairne in 1876 and another at Wistow in 1879.

William and Mary Bott became involved in social and community activities in Willunga. William was chosen as foreman of the 13-man Jury at the Inquest into a fire which occurred on 30th December 1869 at the house, store and stables of Henry Malpas, storekeeper, in St Peters Terrace. The jury found there was no evidence to show how the fire originated.1

In September 1871 William Bott along with many other citizens signed a petition in support of the candidacy of Philip Santo, Esq., J.P., of Clapham for one of the vacancies in the Legislative council. 2.

William Joseph Bott, died at Mt Barker on 4 January 1880, aged 76 years and was buried at the Wesleyan Cemetery at Mt Barker.

His widow Mary Bott died at Nairne in 1922 aged 94 years. The newspaper report of her death is as follows: There died at Nairne on Monday Mrs. Mary Mills, at the age of 95 years. The deceased lady was born at Cottestock, near to Crindle, Northamptonshire, and left England by the Yarmouth Castle in the year 1855. Mrs. Mills was three times married; her first husband, William Patrick, died 16 weeks after landing in Adelaide, and left her with one daughter, Mrs. Edward Haines, of Nairne. Ten months afterwards she was married to William Joseph Bott, and during their married life settled at Mount Barker, Hay Valley, Nairne, and Willunga. Mrs. Mills remained a widow for 14 years after the second marriage, and for the third time was wedded to Mr. George Mills, of Hay Valley, who died 11 years ago. There survive a daughter—Mrs. E. Haines, of Nairne — and two sons — Messrs. Samuel Bott, of Pittsburg, U.S.A., and Daniel Bott, of Perth, Western Australia.3 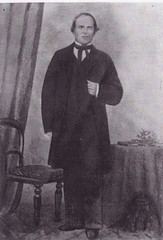 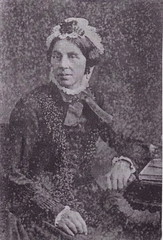 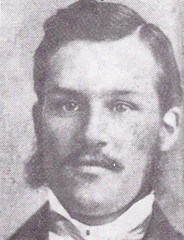 Do you remember Bott, William Joseph ? Then Join up and add your memory here.

This page was last modified on 21 October 2020, at 09:12.Text on this site is available under the Creative Commons Attributions/Share Alike licence; additional terms may also apply. See our Terms of Use.
About Now and Then | Places | People | Events | Organisations | Things | Contact us