… farmers' daughters toiling up steep hills, with buckets of water, through the midnight hours and midday sun. (1)

Every hot, dry summer brings the threat of bush fire to South Australia. In 1874, the threat became real. A bald announcement in the SA Register declared:

Willunga. January 2. Night A great fire is raging close to this town and several families have been burned out. The safety of the town itself is dependent upon the direction of the wind. (3/1/74, p. 5)

The fire started on the property of Mr Andrew Doolan on the Meadows Road in the Hundred of Kuipto, while Mr Doolan was away at the races. The wind rose, his log fence caught, and Mr Doolan’s house and property were utterly devastated. The fire proceeded onto the farm to Mr Thomas Pendergast, but although all the grassland was burnt, his house was saved. The fire raged on. Properties belonging to Richard Hill, Mr Pointon, Thomas Jackson, Mr Dunn, Chas. Small and Thomas Oldham were burned and crops destroyed, but the people of the area had mustered and the houses were kept clear of fire. Mrs Taylor’s house, having a thatched roof, was certainly in danger, but backburning and saturating the thatch managed to save it. The fire proceeded to obliterate grass, trees, crops and fencing on the properties of Mr Marshall, Mr John Cook, David Beattie and Mr John Brown. Fears of the fire sweeping through the Aldinga Plains were not realised due, in large part, to the efforts and organisational skills of Police Trooper McKeevor. There were no church services on Sunday as people were involved in fighting the fire or staying at home ready to take flight. Mr A Hopkins wrote to the editor of the SA Register applauding the courage of the women who climbed the steep hills with buckets of water to reach the men fighting the flames:

I feel assured I am but expressing the feelings of the entire community in asking you the favour of recording its obligations to so many ladies for their untiring efforts, both day and night, in the abundant supply of food and drink for the famishing and weary men engaged in battling with the fiery elements... where men wore known to be among the hills and could not be reached by horses and carts, men on horseback and on foot as well as females, put forth all their energies to reach them.... The deep sympathy with the exhausted men was seen in farmers' daughters toiling up steep hills, with buckets of water, through the mid-night hours and midday sun— speaking volumes of the daughters of Australia. (8 January 1874, p. 6)

Over nine miles of country was scorched. One correspondent noted that: It seems little wonder that the people of Willunga say that such a fire has not before occurred in this country, as a more desolate block of forest land than that which has been left can hardly be imagined …. The trees and ground are perfectly black, and all that had life, except close to the farmhouses, has been destroyed. (Evening Journal, 10 Jan 1874, p. 3)

At the inquest held after the fire, Dr Jay, the coroner took evidence from a number of people. It became clear that the behaviour of John Dwyer was deeply suspicious. John Dwyer was the brother-in-law and former partner of Andrew Doolan and the brother of Mrs Doolan. The partnership had ended badly, and Dwyer had punched Doolan and broken windows of the Doolan house. Mrs Doolan claimed at first that she had seen an unknown man lighting fires, and others came forward to testify that they had seen Dwyer come from the direction of the Doolan farm after the fires had started. There was some conflicting testimony, however, with other witnesses stating that Dwyer had been at home. Witnesses also noted Mrs Doolan’s hysterical behaviour at the time of the fires, and her references to “her enemy”. Then Mrs Doolan changed her story — the man she had seen was indeed her brother, John Dwyer.

The verdict of the inquest jury was “That we find that the fire at Doolan’s originated by the wilful act of John Dwyer and not otherwise” (Chronicle & Weekly Mail, 24 January 1874, p. 7)

The matter was referred to the Supreme Court, where John Dwyer was acquitted due to the contradictory evidence. 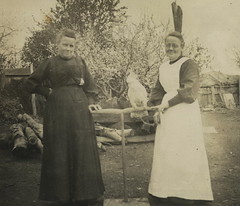 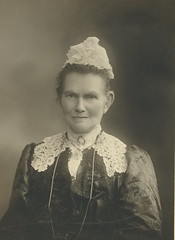 Memories of Bush Fire at Willunga 1874

Do you remember Bush Fire at Willunga 1874 ? Then Join up and add your memory here.

This page was last modified on 7 April 2019, at 16:21.Text on this site is available under the Creative Commons Attributions/Share Alike licence; additional terms may also apply. See our Terms of Use.
About Now and Then | Places | People | Events | Organisations | Things | Contact us