Moses Chambers was born in 1828 in Waddington, Lincolnshire and arrived in South Australia in May 1851 on the ship Catherine. In 1853 he married Mary Ann Illman at the home of John Illman and, during the following 21 years, they had a family of 9 children.

Moses was noted as a 'farm labourer' in 1852 1 and ratepayer lists indicate that, between 1856 and 1858, he was paying rates on 40 acres of land on the south-west corner of Strout and Rifle Range Roads at Bethany, near Willunga (Section 448). They show that in 1869, he started paying rates on 240 acres of land across Strout Road (Sections 453, 458 and 464). In 1870 he was paying rates for the first time for a house on Section 453.2 Interestingly the Chambers family history recalls that Moses built a cob house on this block in 1853. Moses, a butcher as well as a farmer, used his land to supply stock to Kither’s Wholesale Butchers in Adelaide.3

Moses was a Wesleyan lay preacher, class leader and Sunday School teacher.4 He was one of the trustees listed on the Wesleyan Methodist Society’s Bethany church and Cemetery land acquisition. They bought half an acre of Section 457 on 21 July 1852. He delivered an address at the opening of the Primitive Methodist Church on Strout Road in 1861. He was also an active member of the Willunga community and served as a member and later Chair of the District Council.

With the opening of farm land in the north in 1876 and, possibly, Kithers' encouragement to increase his stock production, the family left Willunga to take up 640 acres of land near Boolero Whim, where he farmed for 25 years. 5 Here there were hard and rough experiences, characteristic of new lands, and Mr. Chambers met a long succession of droughty years. 6

At his death in 1892, Moses was remembered as ‘one of the makers of Methodism’ who preached for 40 years. He loved the Sunday school, and the children loved him. 7 A friend, Rev J Blacket, called him a happy and hospitable character, one of the 'striking personalities' in the Methodist Church…Brother Chambers not only had a radiant spirit, but was a splendid conversationalist. In his presence one could not be dull…The debt that Methodism owes to men of his stamp is incalculable. Can ministers of the Old Body ever forget Moses Chambers as Conference representative. I fancy I see him now, standing up in Pirie street Church grasping the back of one of the pews with his two hands, with one leg partly disabled through an accident. I fancy I hear his loud and emphatic "Mr. President!" as he prepares to deliver his soul on the Work of God in the Methodist Church. There was always a spirit of expectancy in the Methodist Conference when Moses Chambers rose to speak. There were times when the Conference was carried away by merriment caused by his apt but laughter-provoking sentences. Humour with him was a natural gift, and very serviceable, not only at Conference time, but at public meetings. He was a man who had few educational advantages, but possessed considerable natural ability. 'Readiness' was a striking feature in his mental makeup. At one Conference a home mission meeting had to be partly extemporised. The late Rev. J. B. Stephenson, at the eleventh hour, asked Brother Chambers to speak. His address was one of the best of the evening 8 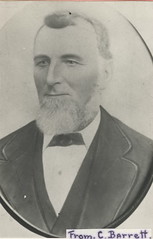 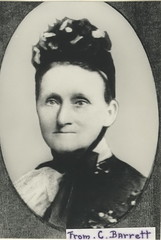 Do you remember Chambers, Moses ? Then Join up and add your memory here.

This page was last modified on 22 March 2019, at 19:51.Text on this site is available under the Creative Commons Attributions/Share Alike licence; additional terms may also apply. See our Terms of Use.
About Now and Then | Places | People | Events | Organisations | Things | Contact us