When there were no prisoners in the cells, the courtyard was a perfect playground for the children, sunny and private.1

Many of the policemen who were stationed at Willunga were married with children and the family lived in the police accommodation of four rooms attached to the courthouse. The memories of Ira Venz (nee Koch) describe her childhood at the Police Station in 1923/24, when she was seven years old.

Ira remembers moving to Willunga by train; the furniture was loaded on to a horse-drawn trolley and the family went on foot to the station.

Ira remembers Willunga as a children’s paradise. The area by the creekbank was covered in golden wattle, and a narrow path used to bring the police horse to the creek to drink was a narrow tunnel through the green.

The police horse, Robe, a bay, was an exceptional animal that was more a family pet, incredibly gentle and loving. Once Ira and Betty slipped off the horse’s back as he was coming up the hill back to the stable. Robe stood stock-still, not moving a muscle, so as to ensure that no harm came to the girls. Robe did once get into mischief – the baker had left a loaf of bread on the kitchen table and Robe put his head through the open kitchen window and ate it. Ira discovered him as the bread was nearly all gone, but Robe was so loved that he wasn’t punished. The family sometimes took a picnic trip to Port Willunga, and Robe (in the best fashion of horses) was much faster going back.

When there were no prisoners in the cells, the courtyard was a perfect playground for the children, sunny, private and safe. The creek was also a favourite playing spot. The children used to seize hold of a handful of willow fronds and swing out over the creek and back. In those days, before over-settlement and electric pumps, the creek was a deep, wide flowing stream. Ira experienced childish delight when a young lady visiting the family, Ruby Petersen, joined in the children’s game, swung out over the creek and … lost her grip and fell! The station was already an old building in the twenties; one night part of a wall fell in, waking the family but causing no other harm.

A sorrow for the family was when the family’s collie dog, Mack, was hit by a car coming down the Willunga Hill and killed. He was buried under the briar roses on the roadside; even Othal broke down and cried when he heard of this. The family surmised that he was not used to cars, at that time still very rare, and had assumed it would move no faster than a horse-drawn vehicle.

Music was very important in the Koch family; all children learned an instrument, and Othal had already played to accompany the silent movies in Salisbury. Most children learned the piano, but Cyril (who had the curious nickname of ‘Dook’) was a brilliant violinist.

A cousin, Tom King (known to lovers of the Olde King’s music Hall; he was the son of Otto’s sister Annie) once brought a concert party to Willunga, which gave a concert in the Willunga Hall. The visitors were accommodated in the Courthouse, with much bedding being loaned by helpful neighbours.

The children were sorry when their family moved to Pinnaroo as their father was promoted, but the promotion to Sergeant was an important step in Otto’s career, which had taken a backward step during World War 1, when (as part of the shameful anti-German persecution practiced in Australia at that time), he was moved from Echunga to the small isolated station of Manna Hill near Broken Hill, where Ira was born.

Ira's father Otto Koch had been born in June 1882 at his parents’ home in Pirie Street, Adelaide. He initially did an apprenticeship as a cooper, and was working in New Zealand when he received news that his application to join the police force had been accepted. He worked at Terowie (Othal’s birthplace), Yunta (Marcus’ birthplace), Echunga (Cyril’s birthplace), Manna Hill, Port Germein, Salisbury, Willunga, Pinnaroo, Berri, Summertown/Uraidla, Wallaroo and the City Watchhouse in Adelaide (from 1941-2). This last position he hated, having preferred the active duty of his earlier years to the desk duties, and was glad to reach retiring age – he lived his last years in a beautiful house at 88 North Terrace, Kent Town, (demolished with several other landmark buildings in 1963 to build a hideous service station) and he went back to coopering for the Adelaide firm of Schahingers.

Among his achievements, he was the oldest participant in the ‘Swim through Adelaide’, a swim along the Torrens River, in his retirement years. He died in 1957, unexpectedly, far younger (at 75) than his health and fitness would have led one to expect. 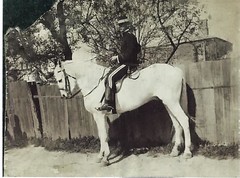 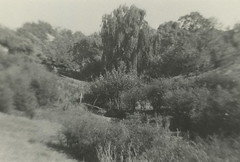 Do you remember Family life at Willunga Police Station ? Then Join up and add your memory here.

This page was last modified on 18 April 2020, at 17:20.Text on this site is available under the Creative Commons Attributions/Share Alike licence; additional terms may also apply. See our Terms of Use.
About Now and Then | Places | People | Events | Organisations | Things | Contact us