Francis Hart was born in 1835 in Ketton, Rutland, England and was the youngest son of William Hart (1788-1854) and Anne (née Skellet) (1797-1871) of Ketton. He worked as a baker before travelling to Australia on Elizabeth Ann Bright, arriving in Melbourne in 1862, aged 27 years. After about 9 months working as a baker in Melbourne, he travelled to South Australia in 1863 to live in Aldinga with his uncle, Mr. Skellet.

Mary Hart, aged 64 years, died of heart disease on 10 April 1891 and, in 1893, Francis remarried to Mrs. Jane Machell (née Sowerby) (1843-1921). Jane Machell was a widow and was the postmistress at the Aldinga Post and Telegraph station from 1888-1893. When he first arrived, Francis was employed as a baker by Allen and Jones for about 10 months and then set up a business for himself as a butcher. In 1882 Francis Hart purchased a block of land (part of section 401) located at what would later become the corner of Flour Mill Road and Adey Road. He may have set up a butcher’s shop there, which he sold to his stepson Alfred Bird in August 1888.

Francis Hart was the best-known proprietor of the Temperance Hotel at 206 Port Road, Aldinga, which was reputed to have been built in 1868. He was first listed as the proprietor in the SA Directory in 1883 and ran the hotel for nearly 40 years until his death in 1920.

Francis Hart was described as one of the most prominent personalities in Aldinga, an “energetic man, who takes a lively interest in political matters", with “the rare faculty of growing apparently younger the older he is”. "No public meeting would be regarded as complete without his presence.”

Francis was a public-spirited man and took a prominent part in the affairs of the district. He was a Councillor for the Aldinga District Council for 13 years, including holding the office of Chairman for 5 years. He was a member of the School Board of Advice and a justice of the peace. He was warden of St Ann’s Church and a colonist of 57 years. 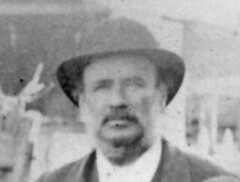 Do you remember Hart, Francis ? Then Join up and add your memory here.

This page was last modified on 17 January 2022, at 15:53.Text on this site is available under the Creative Commons Attributions/Share Alike licence; additional terms may also apply. See our Terms of Use.
About Now and Then | Places | People | Events | Organisations | Things | Contact us