Richard Hill, together with his cousins the four Atkinson brothers (William, Robert, Thomas and Joseph) and their sisters Bridget and Susanna, travelled to South Australia on board the barque Singapore from London. They arrived at Holdfast Bay on 12 November 1839, Richard Hill was then aged about 25 years.

He attended a dinner at the Bush Inn after the Willunga Ploughing Match in July 1848 and in the same year he donated 2 acres of his land on the Aldinga Road to Saint Stephen’s Anglican Church for the establishment of a church and cemetery. This was on the western side of the Cornwall Inn [no longer in existence] on the Aldinga Road. By 1849 Richard Hill was the owner-occupier of 192 acres of land at Willunga. Richard was a partner in the Willunga Slate Quarry Ltd established in 1865. The property consisted of 10 acres of land known as Bastian’s Quarry.

He was a member of the Agricultural Society, a member of the congregation of St Stephen’s Anglican Church and a judge at the ploughing matches held in Willunga. He was also a Councillor on the Willunga District Council and a parent on the School Committee for James Bassett’s Private School in St Luke’s Street where several of his children attended.

Richard Hill, aged 59 years, died on 9 June 1873 and he is buried in St. Stephen’s Anglican Cemetery. Most of their surviving children were adults by this time but his wife Elizabeth was left with their youngest son George (aged 7). After the death of Richard Hill in 1873, Mrs Elizabeth Hill paid the rates on the land holdings in 1873 and 1874. Then his son Richard took over the sections of country land (probably on or about the time of his marriage in 1875) while Elizabeth kept one of the town allotments. Elizabeth Hill (nee Bastian) died on 27 Sept 1913 aged 91 years.

Hill Street in Willunga is named in his honour. 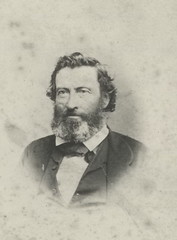 Do you remember Hill, Richard ? Then Join up and add your memory here.

This page was last modified on 20 November 2021, at 16:53.Text on this site is available under the Creative Commons Attributions/Share Alike licence; additional terms may also apply. See our Terms of Use.
About Now and Then | Places | People | Events | Organisations | Things | Contact us