John Holman was born in 1795 in Crowan, Cornwall and he was the son of John Holman and Susannah George. John had at least two sisters – Philippa (b 2 July 1797) m. Sampson Bastian and Eliza (b. 23 April 1810) m. John Vanstone. Religion – Wesleyan Methodist (Uniting Church).

John Holman, 36 years, and his wife Melicent (nee Hodge), 36 years, (1795-1850) and seven of their fourteen children (2 sons and 5 daughters – marked *) arrived from Crowan, Cornwall on 7 June 1839 aboard Sir Charles Forbes at Port Adelaide from Liverpool. Six children (all under the age of three) had died in Cornwall before they embarked for Australia. Children:

According to the 1841 census John Holman, his wife Melicent and their three daughters (probably Mary, Susanna and Jane) were resident in Currie Street, Adelaide while their son James (14 years) was living in Willunga. Their two oldest daughters (Philippa, who had already married, and Elizabeth) and two sons John and William do not appear in the 1841 census for this address. 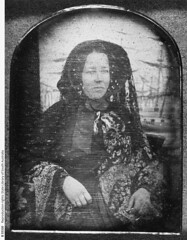 Do you remember Holman, John (senior) ? Then Join up and add your memory here.

This page was last modified on 28 May 2020, at 15:55.Text on this site is available under the Creative Commons Attributions/Share Alike licence; additional terms may also apply. See our Terms of Use.
About Now and Then | Places | People | Events | Organisations | Things | Contact us