Matthew Hunt was born 28th March 1814 in Dorset. In about 1845 he married Elizabeth Lemon (born 1820) and they lived at West Orchard in Dorsetshire. They opened their house to Primitive Methodist services, putting themselves in danger of being turned out of the farm they rented.

It is said that conditions were hard, and two of four children died of malnutrition, so they emigrated to SA, arriving on 23 March 1847 on the David Malcolm, after a three-month journey. Their two surviving children, Emma and Edwin, came with them. Elizabeth sewed their savings of three or four sovereigns into a calico belt worn around her waist.

Again, conditions were tough. When the sovereigns were spent, Elizabeth traded her wedding ring for a bag of flour. They initially lived in Marion where Matthew worked for Mr Sutherland at the rate of £25 per year. In 1850, after they had saved £18, they were able to move to Aldinga on Section 385, of 80 acres. They then moved to Tapley's Hill, and, on New Year's Day 1860, Matthew bought Retreat Farm at Myponga, where they stayed for 20 years. Several members of the Lemon family (Elizabeth's relatives) also emigrated and settled nearby. In the 1880s Matthew Hunt owned nearby sections 576 and 577 at Sellicks Hill. After moving to Inman Valley for 14 years, Matthew and his wife returned to spend their later years at Myponga.

Matthew Hunt supported the work of the Rev. James Way in SA For some years. Primitive Methodist preachers came from Willunga to hold services in his house at Myponga. He supported the erection of Myponga Bible Christian Church and liberally contributed to the building fund. 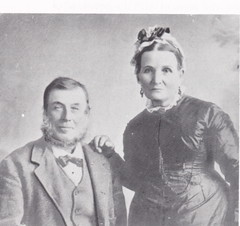 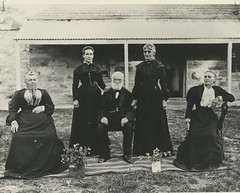 Do you remember Hunt, Matthew ? Then Join up and add your memory here.

This page was last modified on 13 February 2021, at 15:07.Text on this site is available under the Creative Commons Attributions/Share Alike licence; additional terms may also apply. See our Terms of Use.
About Now and Then | Places | People | Events | Organisations | Things | Contact us