He was a carpenter and the local agent for the Savings Bank of South Australia in Willunga for 26 years. With his wife Elizabeth, he operated from 19 Aldinga Road sometime after his father-in-law Alfred Hopkins had died in 1878. In April 1897 Charles Lipson purchased the land at 19 Aldinga Road from James Scott, executor of the estate of Alfred Hopkins

Charles was the Secretary of the Willunga Cricket Club in 1882 and auditor for the Willunga District Council in 1883, 1886, 1887, 1888 and 1894. He was Captain of the Willunga Lifeboat Crew in 1884 and Secretary of the International Order of Rechabites (I.O.R.) in 1886 (and was still active in 1892). In the 1880s he was Color-Sergeant in the Willunga Company of the Volunteer Force and he was promoted to Lieutenant in 1888 and Captain in March 1889. In 1891 he resigned from the Volunteer Force and was appointed as a Captain in the Mounted Infantry.

He was clerk of the Willunga district council for 33 years, secretary or the Agricultural Society for 10 years, lay-reader and warden of the Anglican Church, and secretary of the Rechabite Tent for more than 50 years, 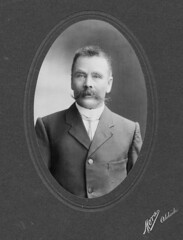 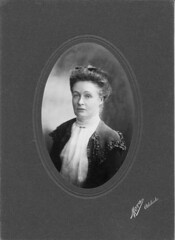 Do you remember Lipson, Charles Mortimer ? Then Join up and add your memory here.

This page was last modified on 23 September 2021, at 17:21.Text on this site is available under the Creative Commons Attributions/Share Alike licence; additional terms may also apply. See our Terms of Use.
About Now and Then | Places | People | Events | Organisations | Things | Contact us