Elizabeth Dunstan Hicks, aged 21 years, married Richard Trengove (1811-1843), aged 22 years, on 22 April 1833 in Perranarworthal, Cornwall. Richard was variously described as a labourer, farmer or “husbandman”. During the following decade they had seven children:

In addition to six of John's step-chidren, aged from 1 to 18 years, Elizabeth and John went on to have three children of their own: 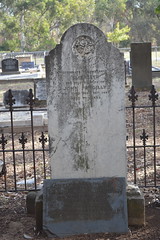 Do you remember Pengilly, Elizabeth (née Hicks, formerly Trengove) ? Then Join up and add your memory here.

This page was last modified on 25 May 2021, at 18:11.Text on this site is available under the Creative Commons Attributions/Share Alike licence; additional terms may also apply. See our Terms of Use.
About Now and Then | Places | People | Events | Organisations | Things | Contact us