The first occupier of this site was Henry Harker a blacksmith and wheelwright who had arrived in SA in 1838 and settled in Willunga by at least the mid-1840s. After Henry's death in the Adelaide Lunatic Asylum in 1862, his father Edmund Harker inherited it and sold it in 1865 for £52 to Henry Francis Gepp who had his blacksmith shop, house and garden here for twenty years, although the property itself was mortgaged, possibly sold, to Joshua Gurr in 1869.

John Richards Junior bought the property from Gurr in 1876 for £60. Richards traded as a Bootmaker and Tobacconist here until his death in 1886. His mother Mary inherited the shop, which expanded to become a general store selling Stationery and Fancy Goods, with the bootmaking business continuing at the side of the store. From 1890 to 1945 John Hockney leased the side room for his boot-maker's shop – he was assisted by Ted Elliott.

In May 1918 James and Eliza Pike of Prospect Hill retired from farming and bought the property for £800. They established Friday night shopping, very popular with the locals! The store passed through female descendants to Evelyn and Harry Pope in 1936 and Valerie and Clive Rowley in 1967.

In 1945 with the passing of John Hockney, his boot-maker's shop had been incorporated into the general store with Harry and Evelyn Pope purchasing Hockney's stock of boots, shoes and slippers. Subsequently Pope's Store became a Save-Way store. In August 1967 the Pope's daughter Valerie and her husband Clive Rowley, formerly of Ascot Park, took over the business. It changed to a self-service store, eventually closing in 1999.

Inside the shop is a small rear window used by slate quarrymen to cash their pay cheques after work.

Close to the street was a large church-shaped shed (no longer standing) with a board floor, known as ‘The Rink’, which was a popular roller-skating venue during the First World War. Boxing matches were also staged there. During the Depression Eliza Pike provided a Christmas tree and treats for local children in this shed.

Note the unusual patterned slate roof on the residence roof. 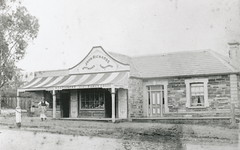 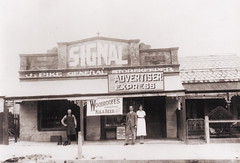 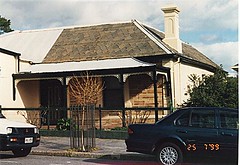 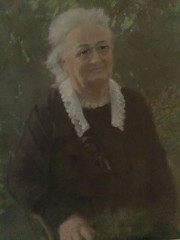 Heather Quick remembers: I have memories of 22 High St when Mr & Mrs Harry Pope had a general store there. I used to collect the newspaper from their front verandah during the week for my parents and also for Mr & Mrs Glennon who were the publicans of the Willunga Hotel. On the weekends I had to go around the back of the building to collect the paper which I dreaded as they had a dog, I think it was a red kelpie, which I was quite frightened of. I would try to sneak around but never got past the dog, his nose would be firmly planted on my ankles.

Do you remember Richards' Store and Residence 22 High Street ? Then Join up and add your memory here.

This page was last modified on 3 May 2019, at 15:44.Text on this site is available under the Creative Commons Attributions/Share Alike licence; additional terms may also apply. See our Terms of Use.
About Now and Then | Places | People | Events | Organisations | Things | Contact us