John Henry Rowe was the youngest child and only son of Edmund and Elizabeth Rowe. As an eight-year old, he came to SA in 1849 from Cornwall with his parents and sisters on the ship William Money.

He possibly attended a school in the Willunga area for a few years although no record has been found of this. He then helped his father on their property Waybrook Farm on the corner of Edwards Rd. and Strout Rd. (closed section), Willunga. Their next-door neighbours included the Jackson family at The Grange farm on Jackson’s Hill Rd. This area was then known as McLaren Vale.

John Henry was involved in the sporting life of the community. He competed in the Southern Rifle League whose matches were keenly contested affairs where weather conditions often influenced the results of the individual or team competition. As many as 40-50 men from the South participated, and during one of the earliest matches in 1861 the ground was visited by from 150 to 200 visitors, of whom a considerable proportion were ladies. At this match John H Rowe scored a total of 7 points compared to 14 points by the winner Mr St John Mudge of the Noarlunga Company. In 1866 when competitors were tested over 400, 500 and 600 yards John Henry Rowe scored a respectable cumulative total of 46 points. He also played for the McLaren Flat Union Cricket Club in 1869 with team-mates from the neighbouring Jackson, Strout, Manning, Elliot and Vickery families.

John Henry Rowe married Jane Anne Jackson (the girl next door) on 8th December 1864, at The Grange home of her mother Mrs Jane Jackson, with Rev. E. K. Miller officiating. John Henry was 23 years old and Jane was 24 years old, She was the eldest daughter of Jane (nee Philipson) and William Jackson. Her father had died in 1859, five years before his daughter’s wedding. The young couple lived on Waybrook Farm after their marriage.

In 1868 John Henry Rowe was executor of the Yankalilla estate of his brother-in-law John Polkinghorne after his early death aged 38. John’s sister Mary Rowe had married Polkinghorne in 1856 and had five young children when she was widowed.

Then in January 1873, only nine years after his marriage, John Henry Rowe died, aged 32 years. He was survived by his pregnant widow Jane and three young children. He pre-deceased his father Edmund and, like his mother before him, was buried at the Strout Road cemetery. It is interesting that he died at a relatively young age, as did his brother-in-law John Polkinghorne and two of his sons who died in their twenties.

Jane Rowe died at ‘McLaren Flats’, in March 1896, aged 56 years. At this time is not known where she was buried. There seems to be no record of her burial at Strout Cemetery, McLaren Flat or Willunga.

The Waybrook property then passed to daughter Martha and her husband Joe Leaker. 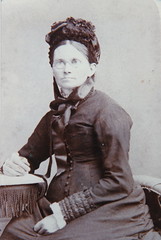 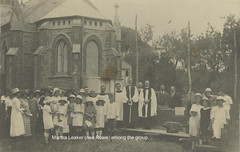 Do you remember Rowe, John Henry ? Then Join up and add your memory here.

This page was last modified on 1 July 2020, at 15:26.Text on this site is available under the Creative Commons Attributions/Share Alike licence; additional terms may also apply. See our Terms of Use.
About Now and Then | Places | People | Events | Organisations | Things | Contact us