Trees for Life had its beginnings in SA in April 1981 after a visit from international conservationist Richard St Barbe Baker. The initial name 'Men of the Trees' was soon changed to Trees for Life.

The Willunga group was formed in April 1987. For a short time it was known as the Fleurieu Group, with meetings alternating between Willunga and Yankalilla, but it was soon decided to focus on the Willunga district.

The Fleurieu Fanfare newsletter was produced by Clare Longhorn. Kate Parkin led members for the first 10 years and initiated a monthly Quarry Market stall which attracted many new members.

An annual stall at the Almond Blossom Festival started in 1987. The groups’ first major project was a 1988 Bicentennial Project to plant local species on the Willunga to McLaren Vale Linear Park along the old railway line. Further plantings followed. Members have grown nearly 20,000 trees and shrubs to be planted on local roads and properties, including the Linear Park, Kings Hill Road, Taylors Hill Road, Tatachilla Lutheran College, many hills-face properties and even the grounds of McLaren Vale Hospital. A bush garden in St Peters Terrace known as Willunga Wirra was opened in 1996.

Apart from growing seedlings for the state-wide TFL Tree Scheme, many members also care for their own patch of local bush through the Bush for Life program.

Seedbank coordinators have been Ann Houghton, followed by Graham Hancox, Jan Nicholls and Julie Turner. Each year from the mid-1990s, the local Distribution Depot has been managed by members including Colin Digance, Peggy Rogers and current Manager Paul Rosser. In November hundreds of local growers collect their growing kits at the Depot to produce seedlings for planting throughout SA in the following autumn.

Kate Parkin was succeeded as Coordinator by Joyce West in 1997 and Julie Turner in 2012. Twenty fifth birthday celebrations were held in April 2012. Regular meetings and excursions continue. 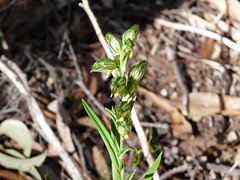 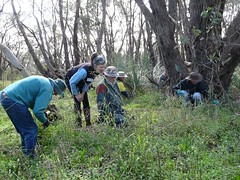 Memories of Trees for Life

Do you remember Trees for Life ? Then Join up and add your memory here.

This page was last modified on 31 January 2019, at 14:48.Text on this site is available under the Creative Commons Attributions/Share Alike licence; additional terms may also apply. See our Terms of Use.
About Now and Then | Places | People | Events | Organisations | Things | Contact us