William Watters senior was a miner in Cornwall who was born on 1 May 1800 and baptized on 18 May at Crowan, Cornwall. His parents were Thomas Watters (1763- ) and Joan (née Williams). Religion – Wesleyan Methodist.

William Watters (48) and Lenora (nee Holman) (47) and eight members of their family arrived in South Australia on 14 April 1848 on board Bolton:

William Watters was a farmer. He and his son William junior paid £178 for section 743 near Willunga in May 1855. Then on 5 Jan 1857, William senior bought Section 745, adjoining Section 743, in his own name for £454. William and Lenora lived on the corner of Aldinga Road and Delabole Road (on section 252 and 253) on the western outskirts of Willunga in a house with a thatched roof. He and Lenora Watters lived in the Willunga District for more than 20 years (1848-1870s). He was elected as “Guardian” when the Rechabite Tent ‘The Aurora Australia’ (No. 25 of Albert District) was established in June 1867.

William, aged nearly 72 years, died of Pithisis (Tuberculosis) on 31 March 1872 and Lenora (née Holman), aged 75 years, died on 20 Oct 1874. They are both buried in the Wesleyan Methodist (Uniting) Church Cemetery in Willunga. 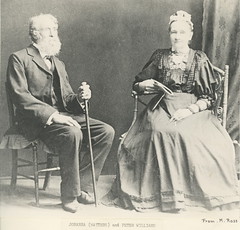 Do you remember Watters, William ? Then Join up and add your memory here.

This page was last modified on 15 August 2020, at 13:53.Text on this site is available under the Creative Commons Attributions/Share Alike licence; additional terms may also apply. See our Terms of Use.
About Now and Then | Places | People | Events | Organisations | Things | Contact us